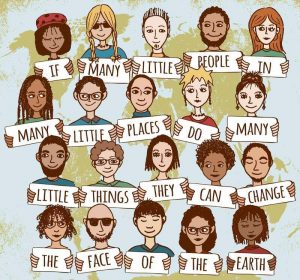 The voices of the Way-Showers and Earth Keepers are GLOBAL!

Time to LISTEN to our future generations! This page is dedicated to stories, videos and movements that wants to see CHANGE concerning the Eco System of our planet … and of those that are inheriting this planet! They’ve been watching and now they are acting. Please join us by supporting these brave individuals and respecting their point of view (POV). They are the FUTURE!

We have been watching this young man, Boyan Slat for many years now and want to share this exciting news! ??

“After beginning this journey seven years ago, this first year of testing in the unforgivable environment of the high seas strongly indicates that our vision is attainable and that the beginning of our mission to rid the ocean of plastic garbage, which has accumulated for decades, is within our sights,” said Boyan Slat.

She’s only 12 years old, but Autumn Peltier of Wikwemikong Unceded Territory on Manitoulin Island in Ontario is already building her legacy of fighting for clean water.

A day after presenting Prime Minister Justin Trudeau with a gift, Peltier herself was given time at the Assembly of First Nations Special Chiefs Assembly to have her say about pipelines and clean water.

Greta Thunberg has been very active in the world with her messages about CLIMATE! There’s more video’s below. Please share.

“Since her strike began in 2018, Greta has become a leading figure in the climate justice movement. She has joined protests across Europe. She has addressed world leaders at the U.N. climate talks in Poland and the European Union Parliament. She has even met the pope.

Now she’s in New York to join a global climate strike on September 20th and address the U.N. Climate Action Summit at the U.N. on September 23rd. Greta has refused to fly for years because of emissions, so she arrived here after a two-week transatlantic voyage aboard a zero-emissions racing yacht. She is also planning to attend the U.N. climate summit in Santiago, Chile, in December.” (more here)

“AN IRISH TEENAGER has won an international science award for his project which removed microplastics from water. Fionn Ferreira, from Ballydehob in west Cork, has been named the overall winner of the 2019 Google Science Fair, a prestigious annual global science competition open to students aged 13 to 18.”

His project examined a new method for extracting microplastics (plastic particles less than 5mm in diameter) from water.

Microplastics or microbeads are mostly used in soaps, shower gels and facial scrubs to exfoliate skin, although they also can be found in toothpaste and abrasive cleaners.

In waterways, fish and other wildlife mistake the tiny scraps of plastic for food and, from there, the beads are integrated into the food chain. <read more>

Jaden Smith surprised Ellen by revealing he has donated a mobile water filtration system in her name that will help residents of Flint, Michigan as they continue to go through a water crisis.

Published on Dec 12, 2018 –  Greta Thunberg realized at a young age the lapse in what several climate experts were saying and in the actions that were being taken in society.The difference was so drastic in her opinion that she decided to take matters into her own hands. Greta is a 15-year-old Stockholm native who lives at home with her parents and sister Beata. She’s a 9th grader in Stockholm who enjoys spending her spare time riding Icelandic horses, spending time with her families two dogs, Moses and Roxy. She love animals and has a passion for books and science. At a young age, she became interested in the environment and convinced her family to adopt a sustainable lifestyle. This talk was given at a TEDx event using the TED conference format but independently organized by a local community.